The Modix Big-120Z is one of the large format 3D printers by Israeli company, Modix. This 3D printer is targeted towards players in the advertising and fashion industry, where low-cost large-scale parts and products are required. Read our Modix Big-120Z review to find out its specs, features, quality of print and price. 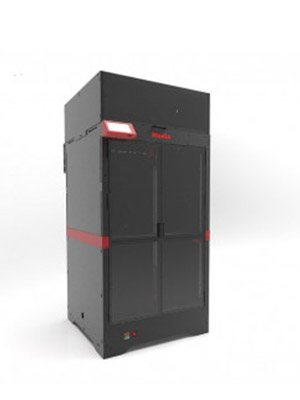 The Modix Big-120Z is a new printer in the Big series by Modix.  This printer stands out for its large build volume, as is the case with other series members such as Modix Big-60 and the Modix Big-120X. The printer has a build volume of 600 x 600 x 1200mm.

The large print volume means you can print large objects at once and save time on post-processing.

At just below $10,000 (check current price), the Modix Big-120Z is priced competitive given its high-grade components, large build volume and various features.

Read on to learn more about the features and specs of this large 3D printer. 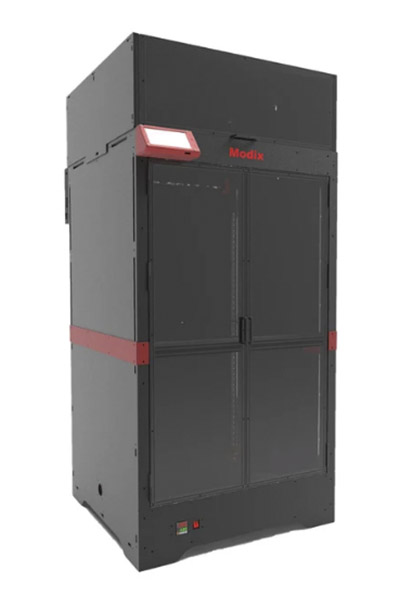 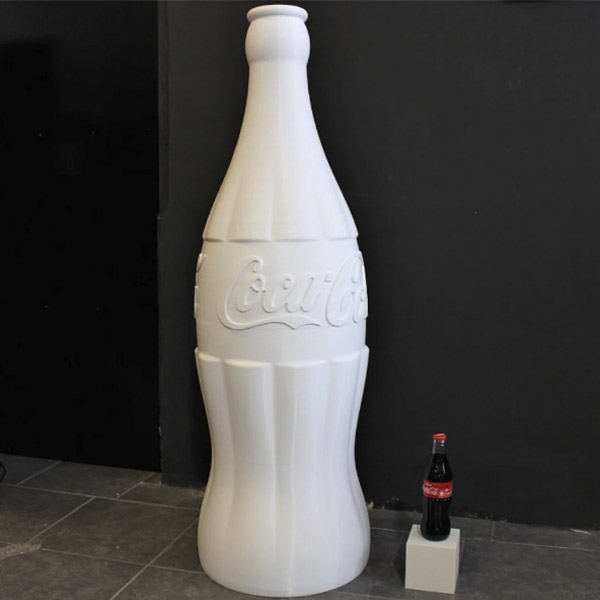 Despite the large build volume, the printer sports the various typical features you will find in a desktop 3D printer.

The Modix Big-120Z has a rigid frame made of 40 x 40 mm T-slot aluminum profiles and powder-coated aluminum brackets and joints. This printer also features high-quality components that ensure top performance. 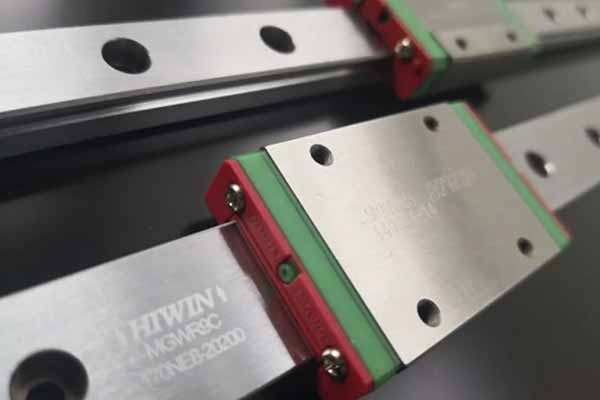 To begin, the printer comes with Hiwin MGW motion rails for the axes and four Z-axis gears.  Each gear has a stepper motor that is paired to a precision lead screw to improve the print bed precision. The printer has a precision of 0.5 later height when moving the print bed.

The signal and encoder cables of the printer are of the famous German brand IGUS.

The large-format 3D printer is fully enclosed with a black aluminum composite panels (ACP) for the body. A see-through polycarbonate door makes it easy to see the print job progress while the top lid allows easy access to the print bed from different angles.

The enclosure helps to maintain high temperature in the build area for high quality prints. The enclosure also helps to reduce noise.

You can further customize the printer with an optional external air filter to capture particles or fumes during the print process. The aluminum casing can also be drilled to allow attachment of custom fixtures or addons. 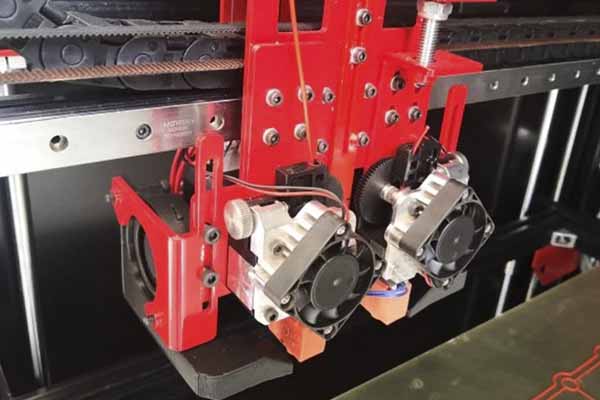 The Modix Big-120Z 3D printer has a dual print, i.e., the dual E3DD Titan Aero direct extruder. The printer’s hotend is the dual E3D Super Volcano, which enables multiple filaments to be printed at the same time.

Another feature available on the printer is a 40mm 5015 blower fan. This fan helps to reduce potential clogging of the extruder during the printing process. 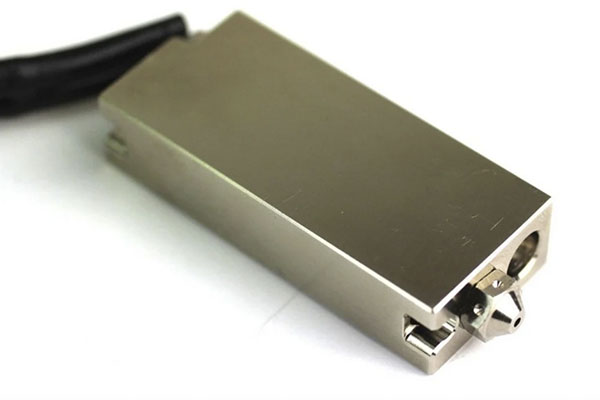 Since the printer is fitted with the E3D Super Volcano hotend, you can use any nozzles that is compatible with the E3D Volcan. Moreover, you can also switch the printer nozzle from the default 1.75mm to 2.85mm.

The printer’s high-temp thermistor can also be changed to reach 400°C, up from the default 285°C. At this high temperature, the printer will have no problem handling industrial-grade filaments.

Some of the materials that the Modix Big-120Z can print include TPU, PLA, carbon composites, nylon, ABS, PVA, PETG, ASA and other exotic filaments. 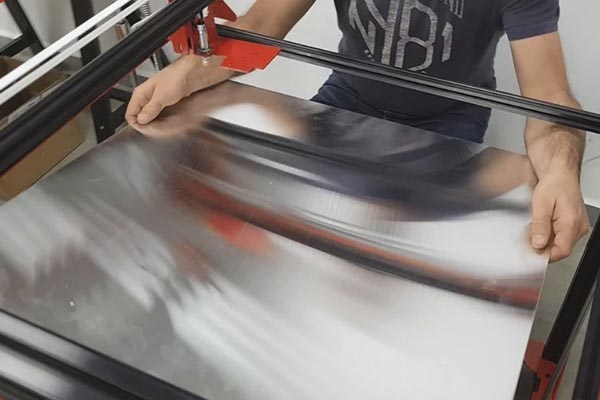 The print bed of the Modix Big-120Z is made of aluminum and covered with PEI. This print bead can reach 120°C. A PID controller on the print bed helps to keep temperature accurate and even. The bed is insulated by a silicon foam, which helps to lower the temperature and ensures that the print surface is smooth. 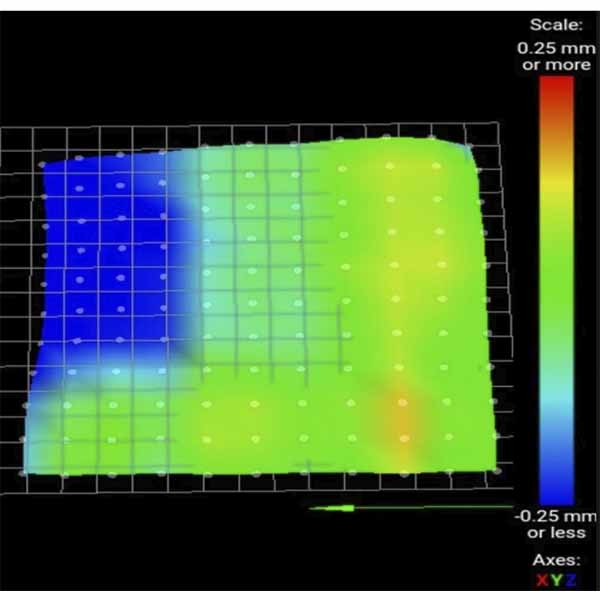 The print bed has two heating zones.  The heating zone measures 200 x 200mm and is meant for use when printing small models. Using the inner zone also helps to lower power consumption. 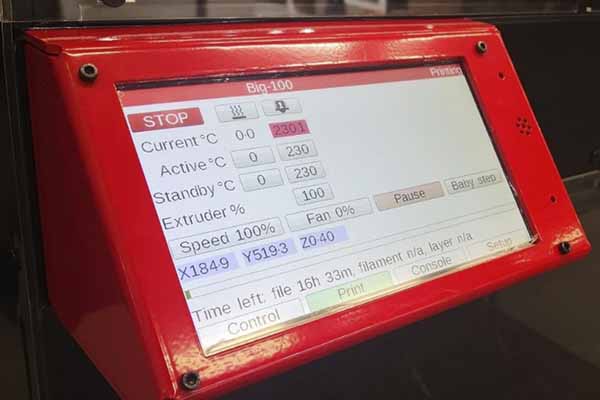 You can access all the operational functions of the Modix 120Z through its 7-inch touchscreen. The printer has Wi-Fi capability and, therefore, you don’t have to be in the same room to operate it. Designers can send their models remotely and start the printer either through their PC or smartphone.

Other features of the Modix Big-120Z include a Duet3D 32-bit controller, which has print pause and resume functions.

The Modix Big-120Z printer is a DIY kit. Therefore, it is cheaper than other comparable machines.

The printer’s design is pretty basic. If you have assembled any professional desktop 3D printer before, you won’t have a problem assembling this large format 3D printer. The whole assembly mainly comprises of fixing the print bed, some symmetrical parts and smaller metal brackets.

A comprehensive User Manual is shipped together with the machine. Even more information is available in the free setup videos produced by Modix.

Other notable features of the printer include: