Read our Creality Halot-One CL-60 review for the specs, performance, quality of print and where to buy the 3D printer.

Creality Halot-One, aka Halot One CL-60, is the second Creality Halot printer after Halot-Sky. In this review, we’ll go through what has changed, how the new printer differs from the previous one and its closest competitors, what are its advantages and features, and much more.

Read about the differences, features and benefits of Creality Halot-One in this review.

The Halot One is equipped with a new Creality light source. This light source consists of six point light emitting elements with a total output of 120W, giving 3800 µW / cm². Creality claims over 80% light uniformity and “precise control” over it.

The Halot-One has a 6-inch monochrome LCD screen through which the light from the source passes through. At 2560 x 1620 dots, the screen produces a pixel of 50 microns. This is at par with what most popular budget resin 3D printers offer.

At this level of accuracy, very high quality models can be printed.

Halot-One offers prints up to 130 x 82 x 160mm. This is exactly the same as the Creality LD-002H. Both printers look decent and have the same print volume and resolution.

The larger and more expensive Halot-Sky uses the ARM Cortex-A53. This chip is used in many smartphones and other devices such as the Nintendo Switch.

The Halot-One is powered by an ARM Cortex-M4.

There are differences between these two processors. However, it is unlikely that these differences will affect the 3D printing process in a noticeable way. Don’t really expect to see a major difference in performance.

The Wi-Fi connection available on the Halot-One allows you to remotely download models and start printing. You can also work with the cloud application and update the firmware “over the air” in one click.

The USB port for flash drives is also there. You can upload files the old fashioned way, or you can connect with a cable to a computer via USB type B. 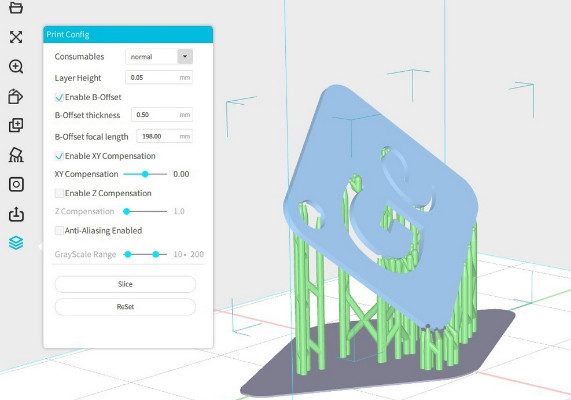 Creality is supplying Halot-One with a new version of its Creality Box resin slicer , the HalotBox. 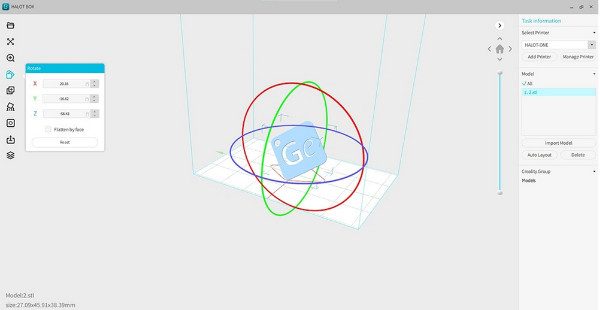 This is a simple and straightforward slicer.

However, it lacks some features that are already familiar to us from ChiTuBox and Lychee. For example, it doesn’t have the function of creating cavities and holes. We think that these features will be added in the near future. 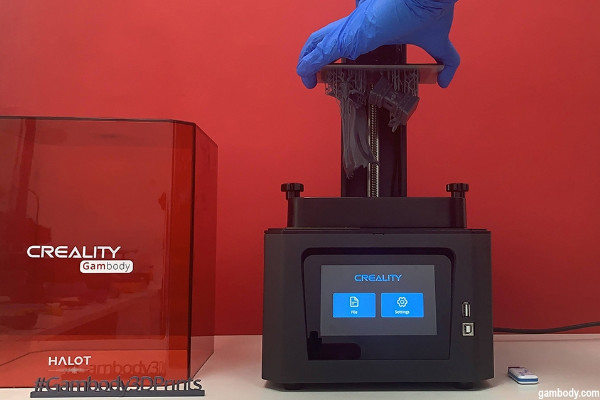 Big, beautiful and comfortable – these are the adjectives that come to mind when looking at the Halot-One’s color touchscreen control.

The Halot-Sky has a similar 5-inch touchscreen. The only difference is the orientation. Halot-One’s display is horizontal, while Sky’s is vertical.

Halot-One is equipped with an air purification system consisting of a fan and an activated carbon filter. The LD-002H is very similar. This part of the printer should reduce the odor of resin in the room.

The differences between budget resin 3D printers in the same price range can be significant, despite many of them having the same features.

Here are some printers that are similar to the Creality Halot CL-60.

It will be interesting to see what happens to the Creality LD-002H now that Halot-One has arrived.

Halot-One is offered at nearly the same price. However, the LD-002H prints models with excellent surface quality.

The difference is that the LD-002H does not have Wi-Fi and the resin tray is slightly less convenient.

This fast printing photopolymer 3D printer is one of the best machines on the market.

Thanks to the resolution of the 4K matrix, its accuracy is also higher. The pixel size is only 35 microns, while that of the Halot-One is 50 microns.

When compared to the Phrozen Sonic Mini 4K, the Halot-One prints more but at a slightly lower resolution. In terms of resolutions, we are talking about microscopic detailing. The print quality, the quality of the print surfaces are at the same level for both printers.

Here are some test prints made using the Creality Halot-One CL-60 3D printer. 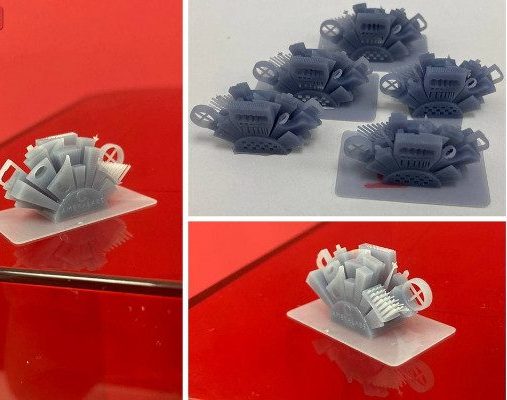 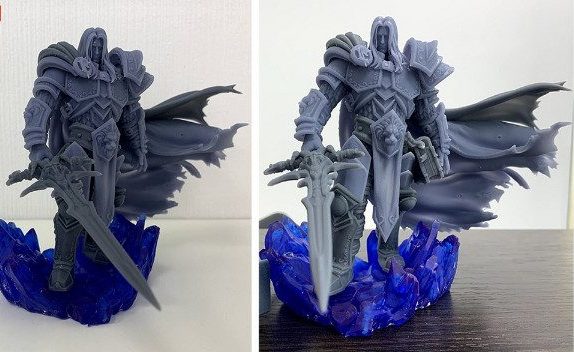