Home
Scanners
What is a 3D Scanner & How Does it Work?

Do you know what is a 3D scanner? If you do, how about how it works? Read our guide to find out.

What is a 3D Scanner?

A 3D Scanner is a machine that can read an object’s 3D coordinates, and thus create a 3D model of it. Some 3D Scanners can also read colors and other data. The 3D model is loaded via a computer software, and can thus be easily manipulated for your own needs. 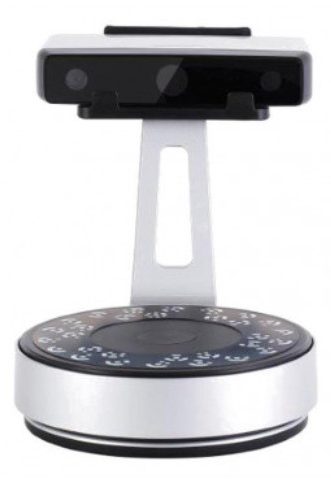 3D printers use a CAD file to print an object. You may want to print a copy of an existing object, such as a cracked plastic cover. In this case, a 3D Scanner will come in handy as you will not have to measure the object manually. Instead, you can easily scan the object, upload the CAD file to a computer and then 3D print it.

3D Scanners are widely used in the gaming industry, virtual reality industry, as well as the film industry.

Read on to learn how 3D scanners work.

What is 3D Scanning?

The process of scanning an object to get its data, such as coordinates, colors, and more is referred to as 3D scanning. The data can be used to create a 3D model, which can then be printed with a 3D Printer.

In the past, 3D scanning was very expensive. However, with the increasing popularity of 3D printers, prices of 3D scanners have also fallen.

There are various ways in which you can scan an object into a 3D Program. One of the most popular methods is to use the mobile camera. We’ve previously written about how to 3D scan with your phone.

How Does a 3D Scanner Work?

A 3D scanner collects data in the form of distances that are in its field of view. Like a regular camera, the scanner cannot collect data if the field of view is covered or poorly visible.

It can be said that a camera collects color information while a 3D scanner collects distance information.

Usually, a single scan of an object is not enough. You have to scan the object multiple times and from several different directions, to get a good 3D model.

3D scanners work on different technologies. Their capabilities also vary depending on the manufacturer.

What Can I Use a 3D Scanner For?

A 3D scanner can be used for various tasks. However, the most common task is to make a copy of an item. For example, if a piece of plastic on an old bicycle has broken, or if a foot of an old armchair has broken apart, you can use a 3D scanner to get an image of the part instead of having to create the part from scratch.

In industries, 3D scanners application is evident in the film industry, gaming industry. and the virtual reality industry. The machines are also used in industrial design, robotics, making prostheses, and reverse engineering tasks.

There are various technologies used in 3D scanning. In this guide, we’ll go through the most common ones.

Many manufacturers have their own unique technologies, which are often patented. We’ll not cover those technologies here are they are quite complicated.

Before we get into the different technologies, we want to touch a little bit on photogrammetry. This is an additional way of creating a 3D model, but it is not as efficient as 3D scanning. Photogrammetry uses a camera (even a smartphone camera works well) to create a model. Read more about this method below.

The process of scanning an object is only as good as the software allows.

Photogrammetry is a method of photographing an object to create a 3D model. Here, several photos of an object are taken from different angles to create the model.

In 3D Printing, photogrammetry or photogrammetry, is a cheaper way of scanning an object into a 3D model. The method can be done using a good smartphone camera.

Photogrammetry is a fun way of scanning an item, if you have a limited budget.

You can even print a “table” to place the object. The table can have an arm that holds the camera. You can rotate the arm around the object to take pictures continuously and at right angles.

After taking the pictures, you must compile them, or register them, in a program that puts everything together into a 3D model.

Read our guide on how to 3D Scan with your phone to learn more about photogrammetry.

Time-of-flight (TOF) is more sophisticated than photogrammetry. Here, the scanner uses lasers to control the object. The distance is determined by measuring the time the laser is fired until it returns. This is why the method is known as “Time-of-flight.” 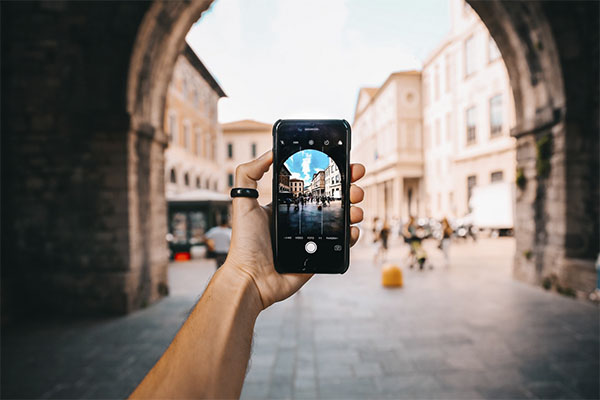 A typical 3D scanner using time-of-flight technology can measure anywhere from 10,000 dots to 100,000 dots per second.

You can move this type of scanner around the object or subject. Alternatively, you can use mirrors or other methods to scan the entire object.

Another method of 3D scanning is triangulation. The 3D scanners that work based on the triangulation method also use a laser beam to measure the distance between the scanner and the object. However, instead of measuring the time it takes for the light to bounce back, a camera on the tool measures where the laser point is.

Since the laser punk is located in different places on objects, in the camera’s field of view, you can use triangulation to calculate the distances and create a 3D model.

Structured light is a relatively new technology used by slightly more expensive 3D scanners. This method uses light that is projected on an object in, for example, a grid pattern. The light is used to measure the deformation of the grid pattern, and thereby create a 3D model.

Structured light method can measure many different points within its field of view simultaneously instead of just one point at a time. The advantage of this is that you can correct any errors and even scan moving objects into 3D models.

3D Scanners that use structured light method (e.g., HP Structured Light Scanner Pro S3) have much higher precision and speed than those using the other three technologies we’ve touched on. Moreover, the technology allows objects (even moving objects or subjects) to be moved very quickly depending on the 3D scanner.

Our guide, “How Does a 3D Scanner Work?” covers more information about these 3D scanner technologies.

The 3D scanner technologies we’ve covered above have various advantages and disadvantages. Below is an overview of the pros and cons of the different technologies.

The time-of-flight is a common 3D scanning method. The advantage of this technology is that it can be used over very long distances, even several kilometers. This is because the technology works by measuring the time it takes for the light to bounce back.

However, the disadvantage of Time-of-flight is that the speed of light is very difficult to measure. Moreover, if the light bounces on one edge, you can get several bounces back. This makes it difficult to come up with an accurate 3D model.

However, with this technology, you can only measure short distances.

Structured light is a very accurate and fast method of creating a 3D model. The technology can also be used to scan moving objects into 3D models.

However, the disadvantage of structured light is that it is expensive. Therefore, it is more suitable for organizations and companies instead of private individuals.

Before buying a handheld 3D scanner, consider what you intend to use it for. For example, if you will be doing several repeated scans per day, it can be difficult to hold the scanner in your hand all the time when scanning. For such an undertaking, a stationary scanner would be a better option.

Hand-held 3D scanners are more suitable when you have to scan hard-to-reach spaces or have to travel to get a scan of an object.

There are different 3D scanner software on the market. The software enabled the scanned data to be projected as a 3D model.

For example, photogrammetry works with software that merges multiple images into one 3D object. Other technologies such as Time-of-flight need their own proprietary software to combine the points into a 3D model.

3D scanning software are quite expensive. However, there are a number of free versions of third-party software that you can use. Also, in some cases, the software is included with the purchase of a 3D scanner.

Photogrammetry has many free software available for use. Examples of the software include Autodesk ReCap, RealityCapture, Regard3D, COLMAP, VisualSFM, 3DF Zephyr, Pix4D, and Imagine Photogrammetry.

Check our guide on the top 3D scanner software on the market.

Companies, organizations or institutes may need a 3D scanner, and may afford an advanced machine that can be used for education or other purposes.

Companies can also use 3D scanners for their business, for example, manufacturing products for aftermarket.

Whether you get a cheap 3D scanner or an expensive one, the tool will help you save time. Depending on the capability of your 3D scanner, you can use it for personal or commercial purposes. For example, you can scan, 3D print and sell spare parts of items.

How to Buy a 3D Scanner

If you want to buy a 3D Scanner, there are a couple of things to keep in mind. To begin, determine what you are going to use the 3D scanner for. Also, you want to check how fast and accurate the scanner needs to be. Finally, consider how often you will use it.

After answering these questions, you can determine whether investing in a 3D scanner is worth it or not. Perhaps you will find that photogrammetry will be a better option for you. If you just want to create something one-time, perhaps even just sitting and measuring the object by hand and plotting the points in a CAD program would be ideal.

For individuals, we don’t recommend buying an expensive 3D scanner. This is because the machines usually do not have a good resale value. 3D scanning technology is evolving rapidly, and new models are being unveiled every year. Therefore, should you want to dispose your scanner to upgrade, finding a buyer can be difficult.

Also, it is important to understand how 3D printers, and having some CAD knowledge if you want to start 3D scanning. Read our guide on how to choose a 3D scanner for 3D printer for in-depth information.

Can you rent a 3D scanner? Yes!

There are a number of places where you can rent 3D scanners. You simply need to know where to look. From our experience, here are some sites that offer the rental services.

You can also search on Google “rent 3D scanner” to find the most suitable alternative for you.