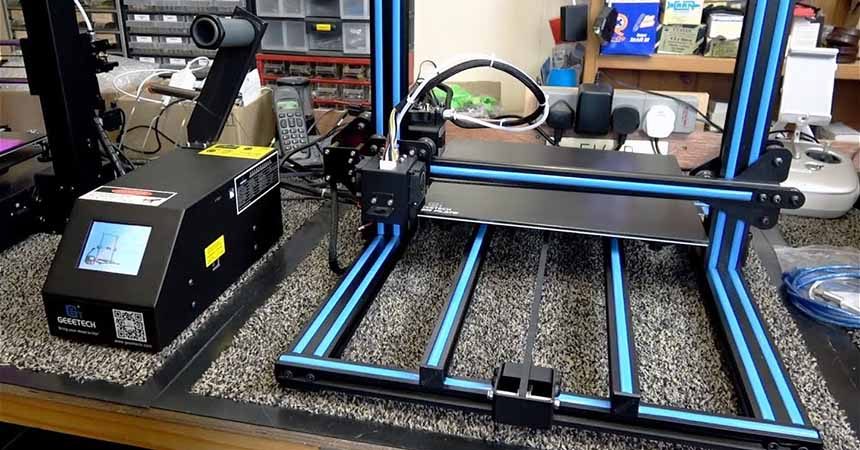 A few days ago Gearbest asked me if I would like to try a new 3D printer again. Sure, I didn’t say no and chose the Geeetech A30  from the range.

The motivation for the Geeetech A30 was actually quite simple. Since many printers are basically almost identical to the next one except for the dimensions, this time different hardware should be installed somewhere. 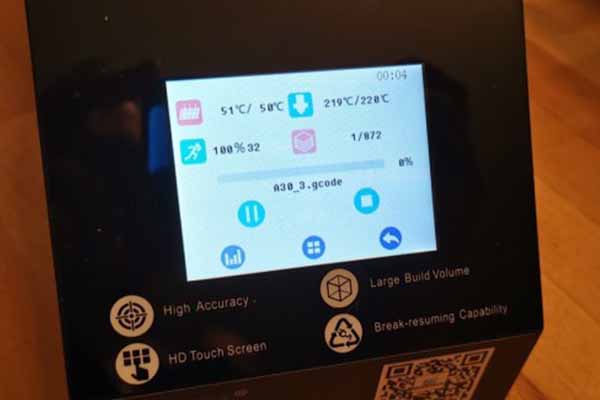 The Geeetech A30, for example, has a touch screen and not the usual Marlin firmware with the individual steering wheel. The A30 can also be equipped with an optional touch sensor so that it automatically calibrates itself. Also Wi-Fi is retrofitted and he also has a filament sensor. 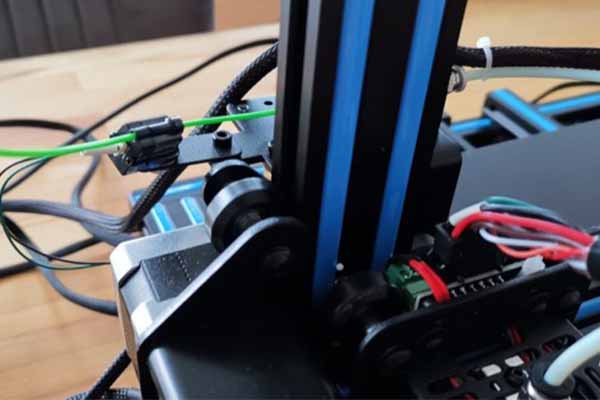 All in all, the printer sounded very interesting with its large print volume.

A few technical specifications of the printer

The printer arrived a few days ago (in total, it had been on the road for about 4 weeks as usual) and I was able to unpack and install it. At first glance, the individual parts look like a lot of handicraft work, but basically everything goes really quickly and can be done without any problems even for laypeople, as everything is well labeled and only has to be put together. 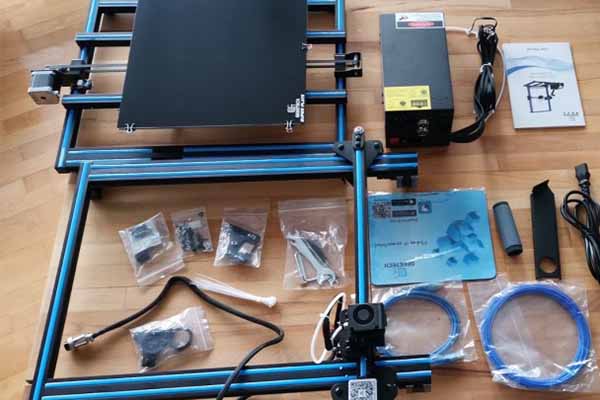 Since, as just mentioned, the printer was already largely pre-assembled, assembly is quick and easy. Basically only the z-axis has to be connected with two screws each. 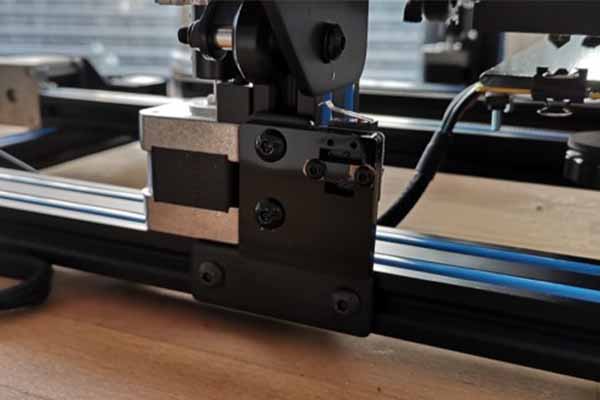 Then there is a T-piece on the left and right of the z-axis, which ensures stability. On the left side, the end stop of the z-axis has also been installed on the T-piece. Of course, a little cable has to be connected here. This cable cannot be connected incorrectly either, as it is the only one with only two wires. 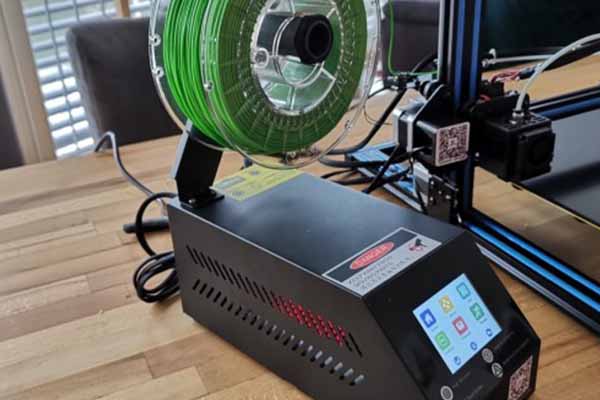 Next I screwed on the filament sensor and connected it to the control box with the cable. With this printer, the sensor is mounted on ball bearings and dangles almost freely. So no filament breakage or the like should arise here. The next item on the agenda was the included filament holder, which had to be screwed onto the electronics unit with two screws.

The complete tool is also included with this printer in the scope of delivery. From the screws to the necessary screwdrivers and Allen keys and cable ties. 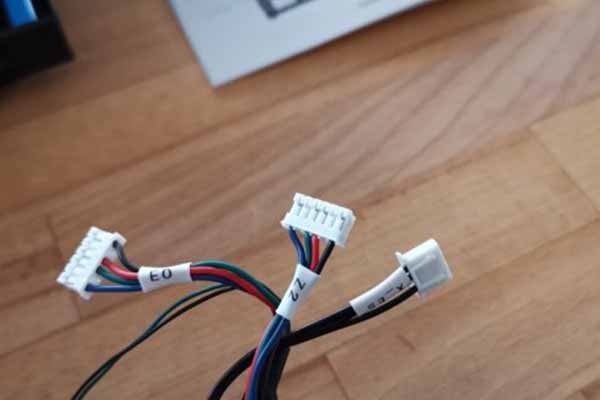 Then just briefly connect the cables to the various (marked) motors and end stops and that’s it. Apart from the marking, the cables are also easy to distinguish because they have plugs of different widths depending on whether for the end stop or the motor.

There are a few more things that struck me positively or negatively while building: 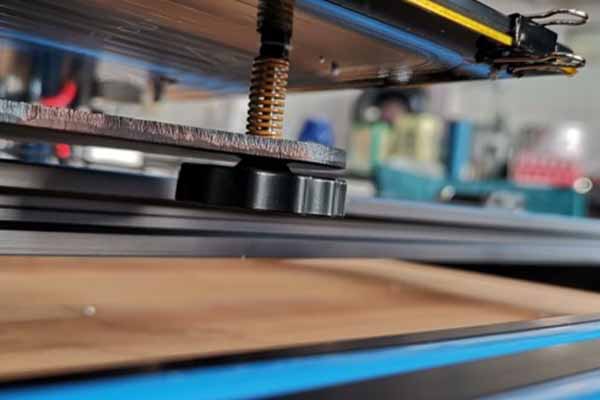 The wheels for leveling the printing plate are finally big enough at the factory. With many manufacturers, the screws are very difficult to reach and only half the size and are often replaced sooner or later by wider, self-printed caps. 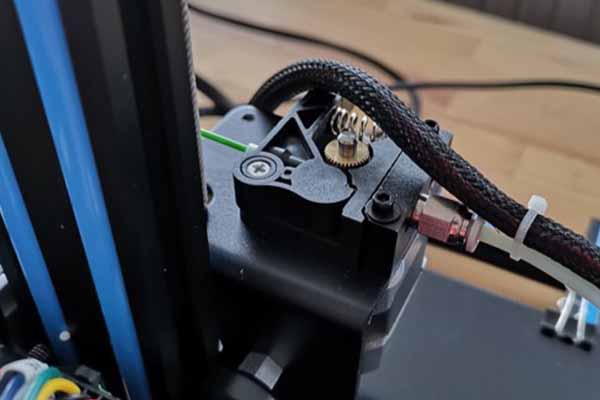 The extruder looks relatively high-quality and is great to use and the filament can be reloaded super easily via the menu on the touchscreen. I will provide details on the menu including a small clip in the next 3D roundup . I would like to have tried the printer for a few days first. 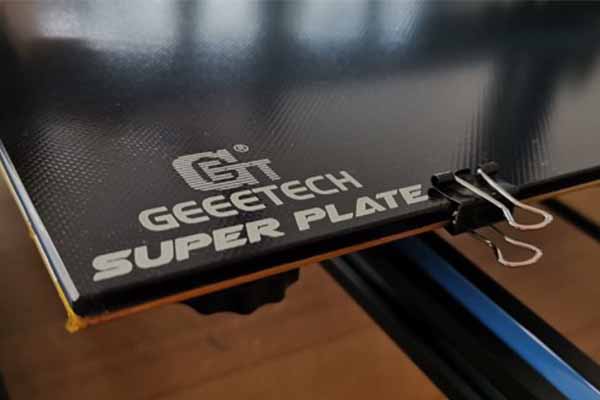 The printing plate is made of glass which has been coated. It feels as if there are light knobs on it, which of course should ensure a better hold of the printed objects. The glass plate itself is held in place with these little clips.

The fan on the hotend is installed in such a way that it cools both the hotend and the printed object via a plastic deflector. The detailed test has to show whether I like it in everyday life. If not, there are sure to be chic Petsfang solutions on Thingiverse and Co. for installing other fans. 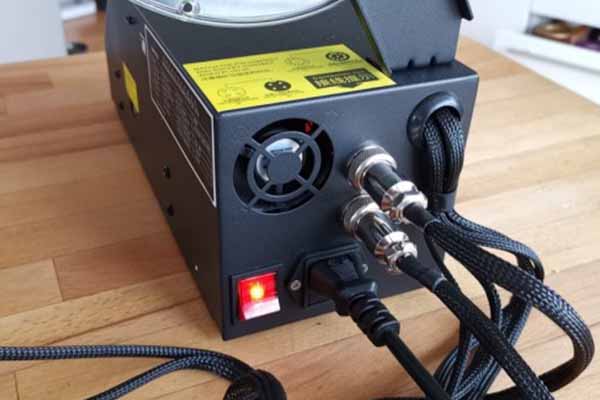 The electronics housing is pleasantly quiet and the cable harness is plugged in on the back using two large screw caps. Nothing can be confused and is connected very quickly.

The cable harness on the heatbed is soldered directly to the plate and even got a small bracket built into it behind the connection, so that the cable cannot break off or even short-circuit due to the movements during the printing process. 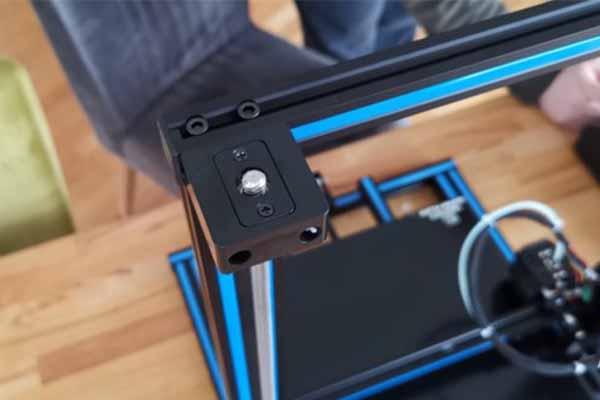 In contrast to the Alfawise U10, small ball bearings were installed on top of the axes, which prevent the printer from rattling around wildly during printing. 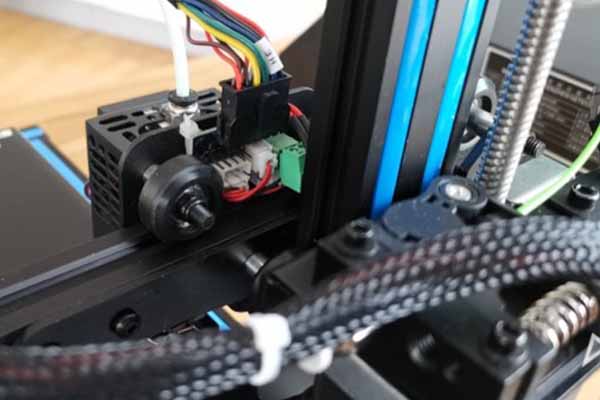 On the back of the printhead, two connections are free from the factory, which are intended for connecting a 3D touch sensor. Basically, this should then simply be done via Plug n Play. The sensor is available for a slim 25 EUR on Amazon. Let’s see, maybe I’ll treat myself to the days.

A first level with the following test print was absolutely satisfactory. Operation via the touchscreen is flawless. Much faster and more convenient than using Marlin and the usual rotary wheel to maneuver through the menus.

The noise level is pleasant. The Geeetech A30 is significantly quieter than the Tevo Flash, for example, because of the fan alone .

The printer will now be thoroughly tested in the coming days. For example what modifications I had to make to the printer. The way it looks, I’ll also have to adapt or even replace my small shelf made of two IKEA Lack tables, as the footprint of the printer is too large for the usual space. The A30 would theoretically still fit in, but could no longer move completely. 🙂

For just under 350, – EUR the Geeetech A30 is currently listed on Gearbest and for this price also absolutely fine if you value a large print volume (320 x 320 x 420 mm) and easy expandability. For beginners, printers such as the Ender 3 , which is less than half the price, are of course  better suited in terms of price if they do not have such a large print volume and possibly one or two fewer functions. 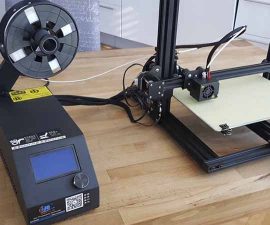 While we recently presented , unpacked and demonstrated the Zonestar P802QR 3D printer , a new printer has arrived …
November 5, 2019 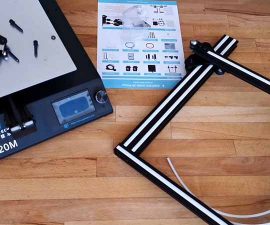 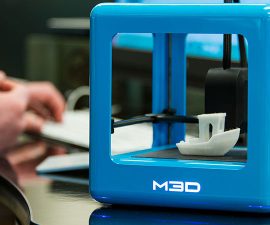 Buying 3D Printers is becoming more and more popular, but which …
November 13, 2019

You have Successfully Subscribed!

Powered by Convert Plus